Over the last few months we have held a few workshops – some face to face and some via FB Live chats – to ask families about their experiences of life with a child with a Learning Disability and Epilepsy.

Today we want to share what families believe is working in their area and also what is not working.

Later this week, we will be looking at what needs to be done (the recommendations from families), along with why this should be funded and how it could be funded. 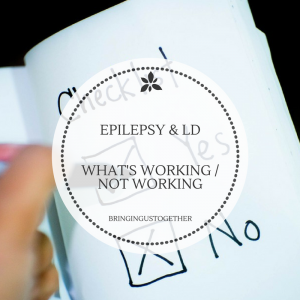 As you can see, there is lots going wrong but most of this is fixable.  Not all of the fixes involve money, they merely  involve listening to families, working together and better communication.

Don’t forget to check back in later this week as we share the recommendations from families, along with why these changes need to happen and how they could be funded.

We use cookies to ensure that we give you the best experience on our website. If you continue to use this site we will assume that you are happy with it.OkNoRead more