As a parent carer, we often put ourselves last.  We look after everyone’s needs except our own.  We often don’t even tell people we are not feeling well.

We forget what normal is.  Not just with regards to parenting or our child’s needs, we also forget that daily stress is not the norm for most people. 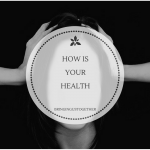 Throughout the summer, Debs has suffered with ill health and had looked at lots of different aspects of her life to see what could explain this.

Had she changed what she was eating?  Had her sleep patterns changed?

When she eventually posted on social media to share how ill she had been and to ask people for suggestions, she was totally overwhelmed at how many parent carers said “me too, Debs.  This is how I feel right now”.

Debs had forgotten that our norm is not the norm.  She realised that she had had a really stressful few months.

And these are just the edited highlights.

Add to that the general chaos of school holidays, changes to routines and making sure that three children – each with a different SEN and/or Disability – were happy during the holidays.  What did Debs expect?

Parent Carer Health – Have your say

Once Debs started to get many comments and private messages from other parent carers, all sharing similar stories about their health, we wanted to know how prevalent this was.  Was it just that Debs is friends with people who happened to be ill?  Or is it common throughout the parent carer community?

We have launched a questionnaire to find out about parent carers’ health.  We have already received over 800 responses so far.  We know that people who are feeling ill will be more inclined to respond, but we have had responses from parent carers who are well.

This questionnaire takes less than 5 minutes to complete and will stay open to responses until 30 November, 2017.

In January, we will be sharing the results with you and others.

The results we have so far are heart breaking.

Please take 5 minutes to let us know about your experience.   Just click on the image above or here to go through to the survey

Stress:  a state of mental or emotional strain or tension resulting from adverse or demanding circumstances

So many parent carers live in an almost constant state of stress.  What impact does that have on our health?

Stress causes physical changes in the body designed to help you take on threats or difficulties.

You may notice that your heart pounds, your breathing quickens, your muscles tense, and you start to sweat. This is sometimes known as the fight or flight response.

Once the threat or difficulty passes, these physical effects usually fade. But if you’re constantly stressed, your body stays in a state of high alert and you may develop stress-related symptoms.

Stress can affect how you feel emotionally, mentally and physically, and also how you behave.

How you may feel emotionally

How you may feel mentally

How you may feel physically