Introducing the Ministers for Accountability

As Theresa busily dishes out new roles to her Ministers, we look at the real role of responsibility when it comes to children and young people with SEND.  The Ministers for Accountability. 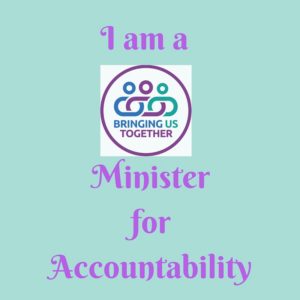 Working alongside the MPs and Government Ministers are a number of Local Authority staff, teaching staff, NHS staff, ATU staff and a variety of other service providers.

So what does the Minister for Accountability do?

When you are gifted with a child with SEND, the text books you have read become irrelevant.  To become the expert your child needs, you suddenly have to undertake the equivalent of a Doctorate, in the shortest time possible, without knowing which books to read, which lectures to attend and with a small child attached to your hip.

When you find out which books or lectures are of use, you then have to find out where they are kept.  Often this information is held by Gatekeepers – people who know but don’t really want to share.

As you are working your way through this intensive course, you also have to change the way you think.

First and foremost, you must accept that common sense will no longer be a feature of your life.  Common sense is sadly missing within our system.

You must also accept that “we know this doesn’t work but it’s what the system says/how we have always done it” will become a regular feature in future conversations with Ministers for Making Things Happen.

You must prepare yourself to make informed decisions without actually being informed.

You must be prepared to be treated with disdain if you challenge any of the other Ministers.

However, the biggest thing you will need to learn is that just because the law says something must happen, this does not mean it will.

If you expect the Ministers for Making Things Happen to always comply with the letter of the law, then just ask any parent of a child with SEND if this is the case.  If you expect there to be a department overseeing the Ministers for Making Things Happen to ensure that things do happen, as per the huge quantity of legislation saying it should, then sadly, you will be hugely disappointed.

The people ensuring these things happen are the Ministers for Accountability and guess who they are?  Yes, they are the parents of children and young people with SEND because obviously that £62.10 is tax payers money and the Government Ministers have to ensure that they are getting as much value out of that as possible.

One of the thing Ministers for Accountability do well is campaign to raise awareness.

Let us know (by commenting on the post) of the campaigns and petitions you know about so we can all show support.