Parent Carer Health – the impact of the caring role

In the Summer of 2017, Debs (one of our Directors) suffered from ill health due to the stress of her parent carer role but she never mentioned this on social media.

In September, however, she decided to let people know, as a way of explaining why she was limiting the work she was taking on.

She was amazed how many other parent carers came back and said Me too.

The majority of these parents had not shared this publicly so we started to wonder how many other parent carers were out there, suffering in silence, without support.

We launched a quick questionnaire asking parent carers about the impact their role had on their health.

We asked parents a number of questions, all based on their health and the support they had asked for, received or, as we found, they didn’t even know existed.

1,087 people responded to the questionnaire.

‣ The remaining 6 were either siblings or grandparent carers. 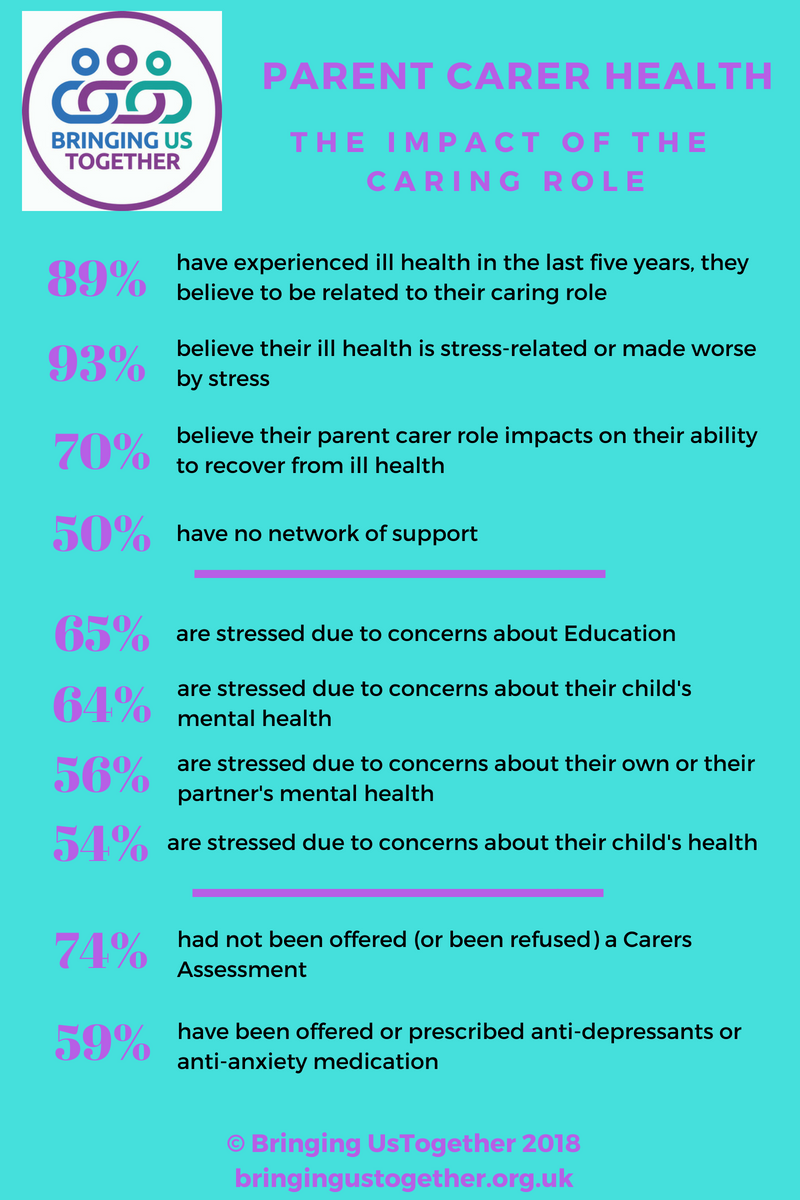 The responses were soul destroying!

Only 27% had told family and/or friends about their ill health.  More than 16% had told no one.

Of those who did ask for help, 50% had been offered support that was of no use

We asked what stopped people asking for help

The biggest concern families have?

When almost 90% of parent carers are saying they have experienced ill health in the last 5 years they believe to be related to their role, there is a problem.

When we speak to people who are not parent carers, there is a general belief that it is our child’s diagnosis or condition that causes us the most stress. However, it is obvious from the responses that the biggest stress for the families is the system.

Having to learn to navigate a system that is poorly funded allows parents no time to care for themselves. Parent carers told us they could not get to the doctors or they just “did not have time to be ill”.

Other parent carers told us that they knew medication was not what they needed; they needed time to get outdoors and have some time alone however, this was not an option.

Parents feel they have the responsibility of holding their LA, CCG, school and others accountable. They would prefer to spend that time focussing on being mum/dad and making time for their own self care.

All of this added stress leads to poor health, a large percentage of parent carers on medication, family breakdowns, inability for parent carers to find or keep employment and as a consequence, increasing costs for Local Authorities and health providers.

We have almost 500 parent carers who wish to be involved in how these issues can be addressed  We are calling on the NHS, CCGs, Local Authorities, the Government, other statutory bodies and grant holders to work with us to help parent carers. 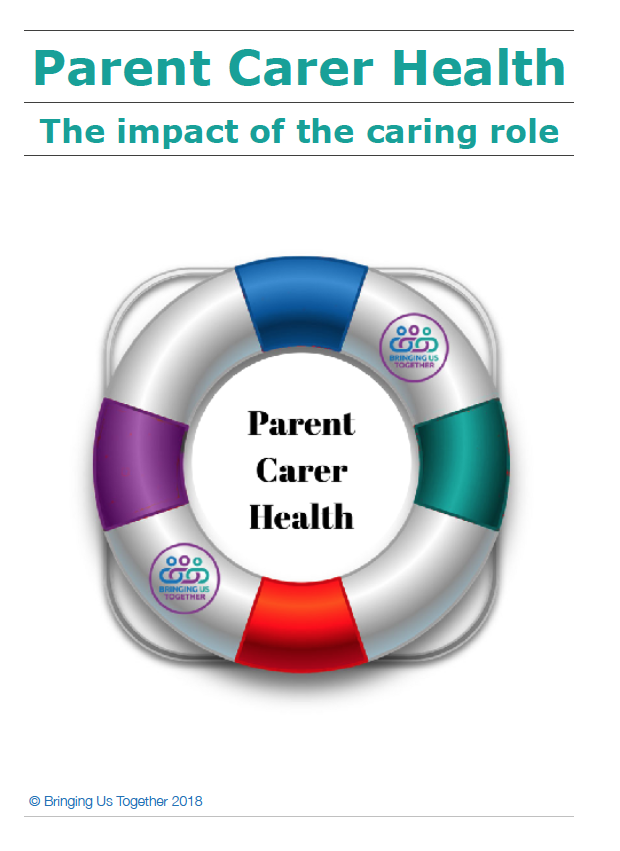