The Good, the Bad and the Ugly of Home to School Transport

We have no say in who provides the home to school transport, more often than not it goes to the cheapest bidder.  If you are lucky, you get a great provider and they value your child’s safety as much as you do.  These are the ones you want, the driver that your child cannot wait to see each morning, the driver you see laughing with your child as they drop them off or pick them up.  The escort who is happy to convey messages to the school or to remind your child to pay their school lunch money in.

Sadly, not all parents are that lucky.

Complaining about the transport does not mean they will be changed.  Sadly this is something we have learned on a number of occasions.

Having three children who use home to school transport, I wanted to share some of our experiences and those of some friends.  Thankfully, we are now with good providers but it hasn’t always been the case. 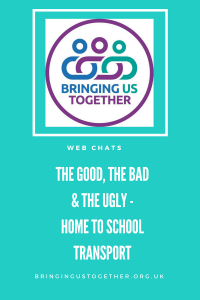 The Oh So Ugly:

Very often the changes needed to ensure the system works for everyone, not just the budget, don’t actually need to cost a small fortune.  Common sense somehow seems to disappear in the process.

There are many brilliant providers out there.  I know from personal experience that some providers take great pride in watching your child grow; we still have previous drivers and escorts who stay in touch and ask after the kids including one who texted at the beginning of the next school year to wish them luck.

A lot of the poor provision is down to poor preparation, on the part of the LA and the provider.  Communication between the LA, the providers and the parents is essential, not just best practice. 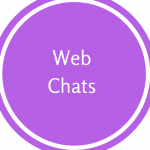 On Wednesday 22 March, we will be holding a FB Live chat about the issues around home to school transport – join us in our Chat group to share your experiences.