What are the challenges in the system [3]

How do children with Autism and/or Learning Disabilities described by their families using words like “loving, kind, caring, funny, gentle giant, sense of humour, makes me laugh” end up in crisis and within the setting of an Assessment and Treatment Unit?

What are the Challenges in the System?

We brought families together and asked them. 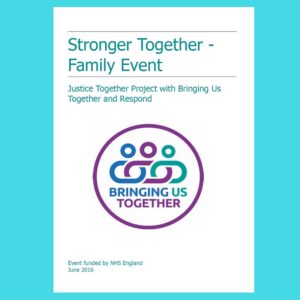 Over the last few days, we have looked at the following challenges in the system

Today we want to look at the following challenges:

“I started the complaint last September regarding the psychiatrist and lack of care, and using antipsychotic drugs without knowing my son. I have not got as far as the mediation meeting yet, this is next month. They have not agreed with anything I have complained about so I am not sure how far I can take it. Ombudsman?”

Stronger Together:  This is a report from our weekend with families.  It talks about what families thought the issues were, it also looks at the possible solutions and recommendations from families.

We will be holding another event for families in June.  To find out more, click here