When schools are just sh*t!

I tried to think of a different title for this post, one that wasn’t quite so harsh but honesty just kept me going back to my original title.  As many of you will know, from personal experience, some schools are just sh*t!

Let’s talk about some of the ways in which they are sh*t.

Not accepting children with SEND

As the recent OFSTED report for Kent found, not all schools and settings are willing to accommodate children with SEND.

I have quite a bit of personal experience of this.

but for some reason they could not accommodate my son who fits into the VI category.

I should have guessed there was going to be an issue when they asked for a copy of his EHC Plan but wanted to check first if funding was detailed in there.

When I was told “we can’t meet his needs”, I queried this especially as their website said they could and the staff we met during the visit had told me they have previous experience of braillers and children with no vision.

I was told “we do not have the staff”.  I again queried this as their site said they did and in addition, my son came with funding towards specialist staff.

And of course, as my son is not on their school roll, they don’t have to reply.

So our VI team asked them.

Their response was “we do not have an embosser”.  (An embosser allows work to be typed up in normal text and then translated into braille and printed out).

We explained that he came with funding for an embosser, in fact he had one at his current placement so it could be transferred with ease. 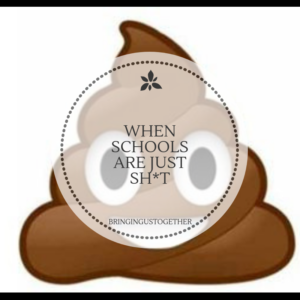 Another school told us they could not fit him into the class.  It came down to health and safety.

We had another school who met with us, walked us around the whole site and then stopped returning calls to us and the VI team.

We can only make assumptions about why because they didn’t tell us why.  We have a good idea though.

Their knowledge of SEND was low though, their SENCO asked how my son would manage to get to their school (it was some distance) and when I said he’ll get a taxi, they expressed concern about the cost to us!

How many schools have you not got through the front door of, once you mentioned SEND?

When common sense is non-existent

Many parents talk about breaches of the Equality Act or schools not wholly complying with the Children and Families Act or Code of Practice.  This is, unfortunately, very common.

One of the other common issues we have found is a total lack of common sense.

A few examples (and you couldn’t make these up).

My son is blind, with no vision or light perception.

How often has a lack of common sense been an issue with your child at their school?

Some staff have no awareness of autism or other SEND.  They forget about their pre-emptive obligation to be aware.

One of the most commonly discussed aspects of autism is how literal a child can be.

One teacher asked my son (with ASD) to write eight statements about a subject.  At the end of the lesson, his TA who had been absent, came over and asked him what he had written.  He replied “eight statements”.  She accused him of being impertinent and threatened him with isolation.

Another teaching assistant emailed me to say they were counting how many times he used the word “fart”, so far they had 20 and it wasn’t even 11am.

I explained that this may be useful if we were looking for a diagnosis of ASD but seeing as we had one, it may be more useful for her to spend her time putting in some boundaries and telling him he couldn’t say “fart” in every sentence.

How aware are the staff at your child’s school?  Do they get it?  Or not?

Let’s make this their fault

The lack of awareness, the absence of common sense and the unwillingness to accommodate children is one thing but we have also experienced teachers who try to make the child feel guilty about their disability.

These are two examples, I have more but I think these show the level of incompetence and “pass the buck” attitude some staff have.

One teacher who when told by my son he couldn’t complete the work she had set as it was not accessible, said to him “do you know how difficult it is for me to have you in my class?  Having to differentiate everything is extremely challenging”

A PE teacher made many assumptions about what J could or couldn’t do, without checking in with him.

When we brought this up with the SENCO, it was fed back to the PE teacher but we received no response.  However, a few weeks later, we received his school report saying that he needed to improve his attitude towards learning in PE.

Now, one thing we have never had in all his years of school is any issues with his attitude.  Yes, we have all accepted he is a bit of a character but ask him to do something and he does it.  He also loves PE.

This same teacher had made a big deal about names being sewn into PE kit and not written in (even in laundry marker) and that the consequences would be very serious if children did not comply with school policy.

So I politely responded to the school report to advise that the PE teacher needed to improve her attitude towards learning how to include him in her lesson and that the consequences could be very serious if the school and staff did not comply with the law.

No reply.  What a shocker.

Needless to say, we have moved on from those schools.

In fact we had to access our GP and CAMHS for mental health support after the staff had done such great job at raising his anxieties and lowering his self esteem and self belief.

All three are now in schools we are much happier with (and more importantly, the kids are much happier at).  Yes, we still have the occasional hiccup, but that’s the real world.  Mistakes happen because people are human but it’s how they are addressed that matters.

One thing I am very sure of though, is that it should not be down to us, the parents, to monitor and hold the schools accountable.

Tell us about your school experiences – let’s make sure that other parents know they are not alone.

If you have questions about what schools should or shouldn’t be doing, then head over to our Survival Guide site and check out our SEND Education Survival Guide

I have not named the schools involved but happy to oblige if Ofsted or DfE are interested (or not, as the case may be)!